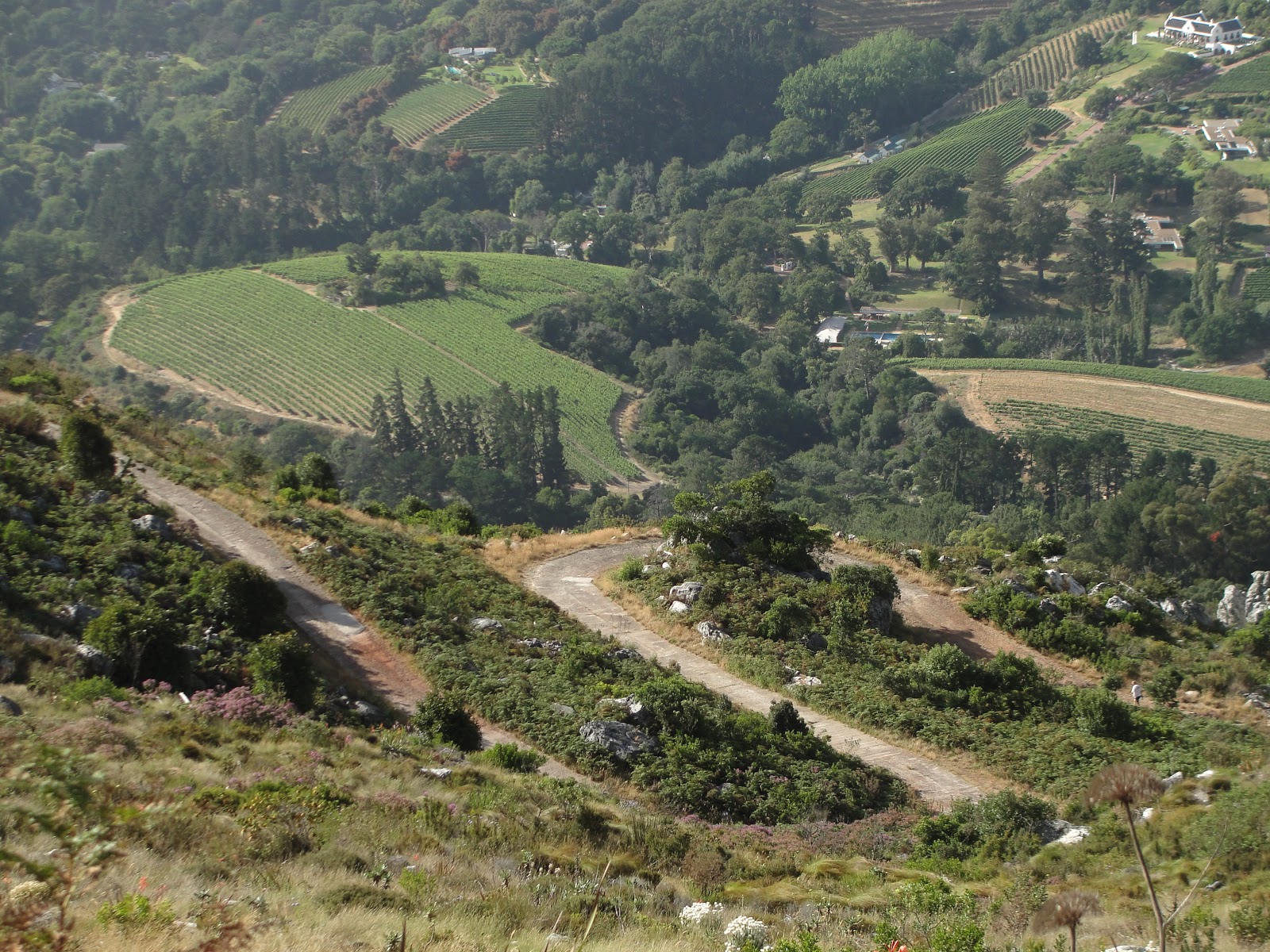 You know how it is in summer in Cape Town. Shortly after Christmas, someone says "let's go hiking!"  Personally I usually think "why now, when it's so hot?"  But I usually go along anyway, and always enjoy it.

Yesterday's half-day hike was a day-tripper classic: up the jeep track to the dams, and down again in time for lunch. We started at 7:30 to miss the heat, but it was still pretty hot on the way up. I know there are many people who miss the shade of the pine forests, but I'm all in favour of fynbos and views instead, so I'm pleased that they're mostly gone.  The watsonias and pincushion proteas were out in force. 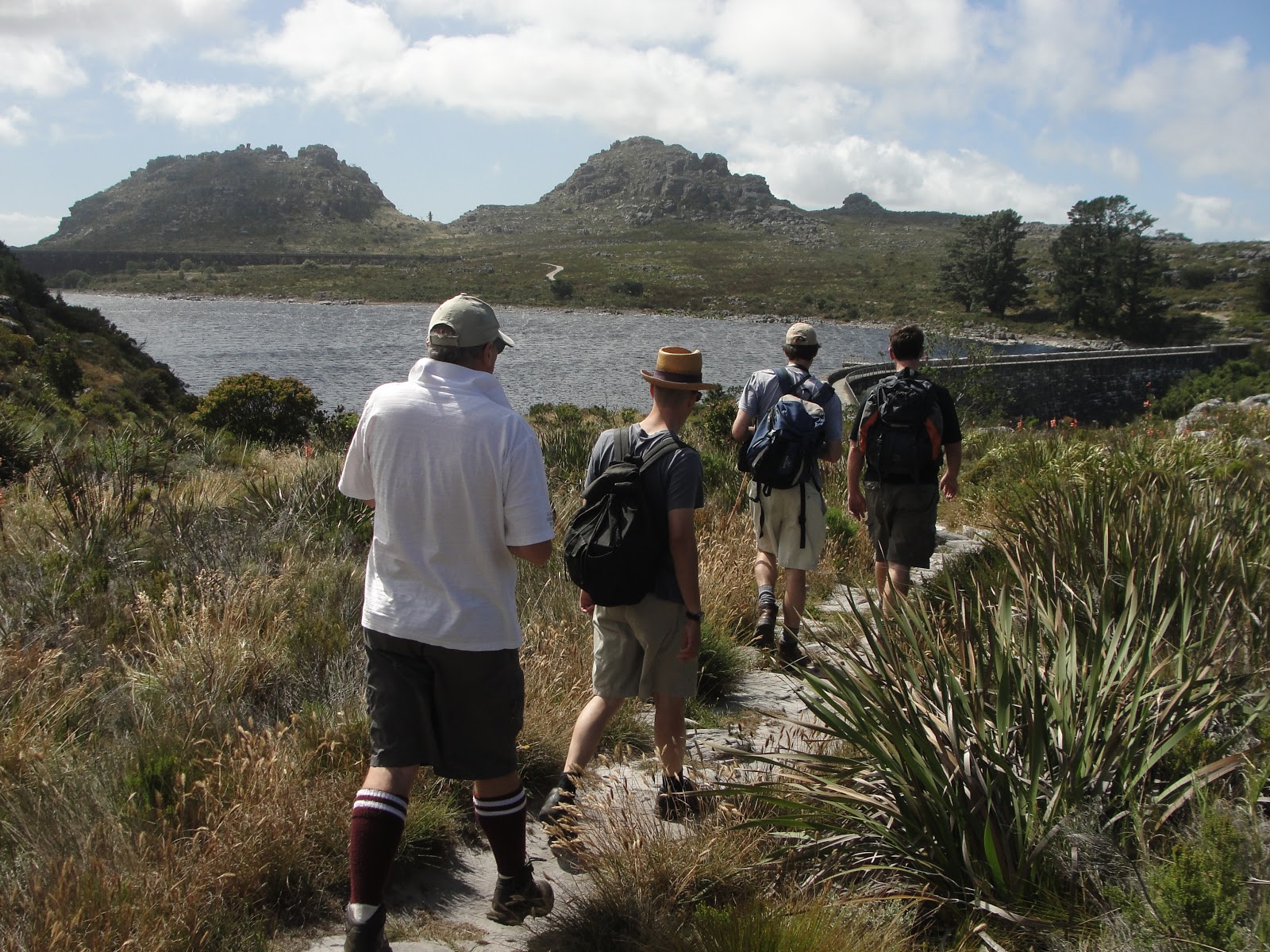 Once on top, we took a look at the dams.  One of our group is a water engineer who worked on the reinforcing of the century-old dams in the late 1990s, so we learnt a bit about the cables that were drilled into bedrock and post-tensioned.  It was good to see that the stainless steel railings they fitted along the walls are still looking shiny and new. A good investment. We also stopped at the waterworks museum, which was closed. Does anyone know when it opens? Do you have to arrange it in advance or what?

For the route home, we took a detour off the jeep track near the top of Nursery, over into Ash Valley along a relatively indistinct path. In Ash Valley the path passes the hut once operated by the Scouts but now by the Western Province Mountain Club, and then meets a broader back that takes you back onto the jeep track at the Wynberg Overseer's hut, now part of the Hoeri Kwaggo Trail. The detour is no longer than the jeep track, but much more interesting. Shortly after the hut you can turn left off the jeep track again to follow a path that descends into Cecilia Forest, which I did earlier in the year, or stick to the jeep track back to the start. 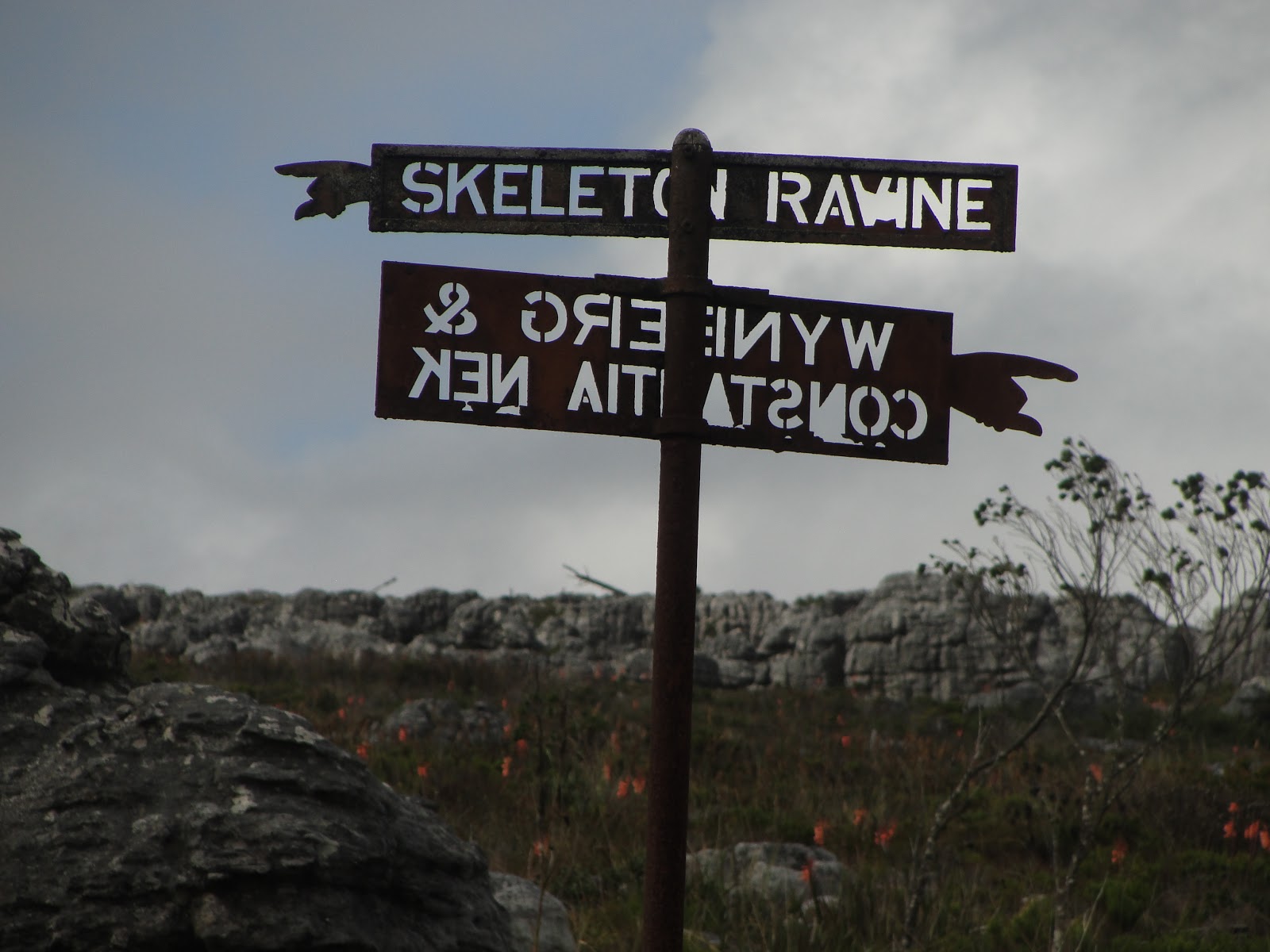 Indicentally, although it was a pretty warm summer day in town, there was a strong breeze and a bit of a tablecloth that made it grey and quite chilly on top. When it's grey and windy around the dams, it always reminds me of Scotland and the lochs. It's always worth being ready for bad weather on top of Table Mountain. The jeep track may seem like a safe and easy route, but the level section on top is very exposed in bad weather.

We were down at the cars by 12 and unfortunately we were in a bit of a hurry or else we would have stayed for a pint at Constantia Nek restaurant. Make that two.  One for the left boot, and one for the right. 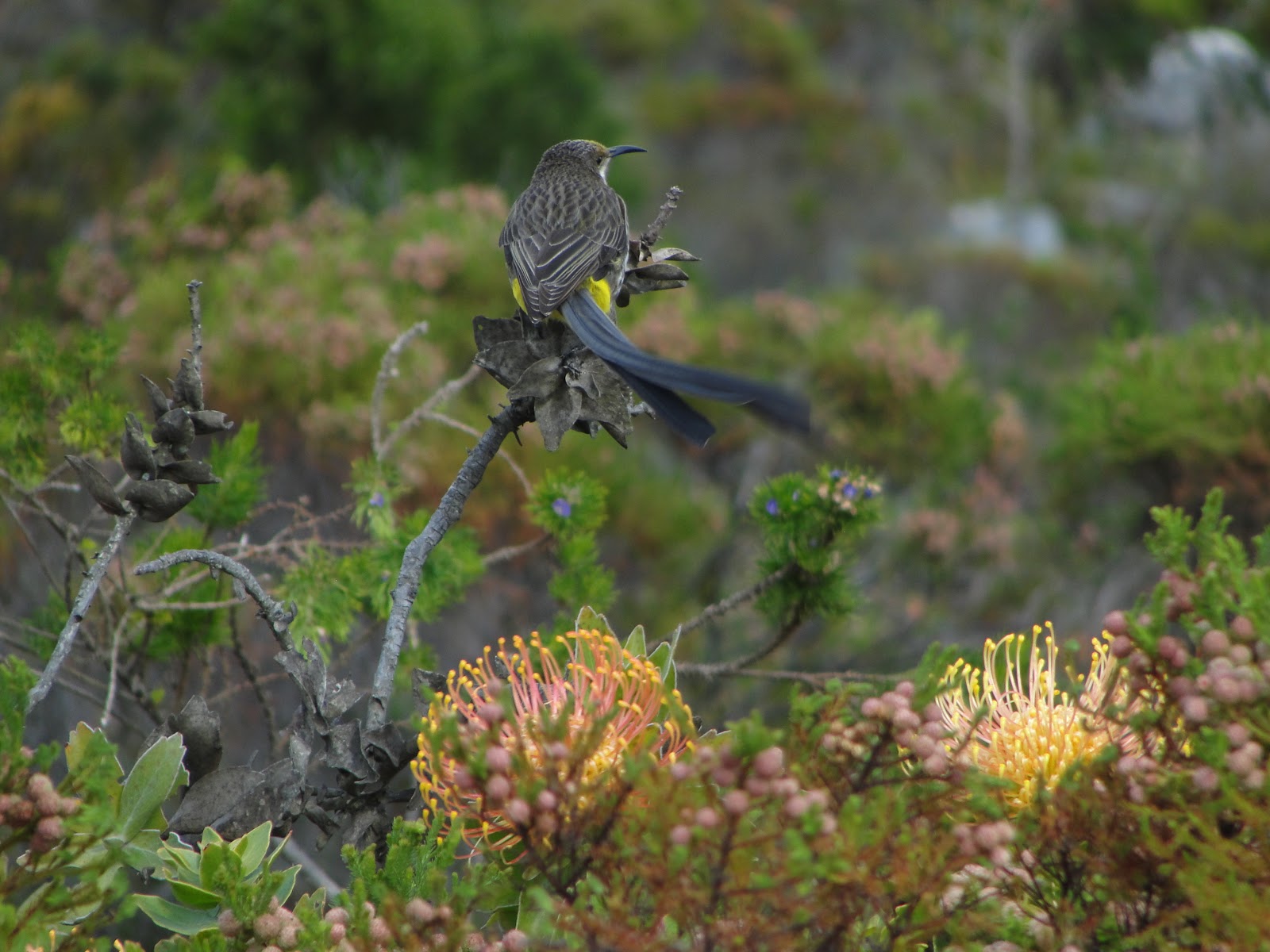 Nice post. Definitely with you about the fynbos and the views.